Spelling in the 21st century 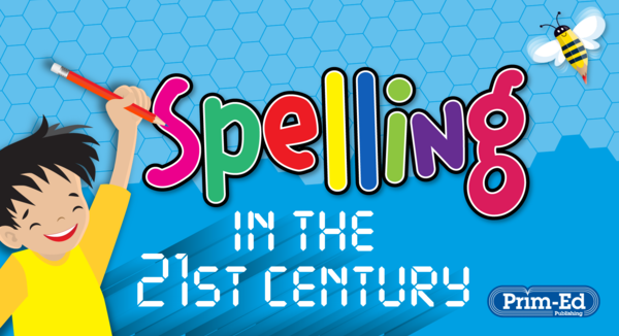 Spelling in the 21st century

Today we live in a world where spelling conventions are taking a back seat to texting, posting or tweeting in abbreviated formats.

The continual growth of digital technologies and people’s online presence means children are born into a technological age where they know how to navigate a phone or tablet before they are even able to read. Conventional writing is far different to the culture of online communication, where abbreviated text and visual language continue to grow in popularity and tend to be the preferred way for people to converse. One could even wonder whether we are experiencing the devolution of language and reverting to a primitive form of communication like hieroglyphics.

With each generation comes new technology and a growing independence on its use to communicate.  Even current word-processing programs with automated spell-checking features mean that pupils of the future have a decreasing need to rely on their own minds for spelling. As utopian as that sounds for children, the potential effect this can have on their literacy, specifically spelling, could be quite detrimental.

Could contemporary communication play a part in helping children spell?

Associate Professor Genevieve Johnson from Curtin University believes so after conducting extensive research on texting and comprehension. She notes there is a long history of using technology to simplify communication.

‘Literacy is a skill set that has evolved and changed over many millennia … Smoke signals, post, telegrams—all these things come and go over time and they form an important function in the evolution of literacy … Texting and autocorrect is just the latest way that technology is facilitating communication.’ (Rodie, 2019)

Professor Johnson also notes that popular texting abbreviations such as ‘tbh’ and ‘imo’ are a great example of the way that language is alive and another manifestation of young people wanting to communicate.

Through her research, Professor Johnson has come to the understanding that texting has provided children with a gift that has allowed for increased communication and, in turn, neurological activity in the language, which she believes is the best possible thing a young person can have. And when it comes to using spell check, Professor Johnson believes it to be a ‘wonderful tool’ which can help to ‘free up’ the higher parts of our brain.

If you can’t beat them, join them

Regardless of what effect digital media has on children, it’s here to stay and will undoubtedly play a large role in their lives. In that case, why not, in the words of Nelson Mandela:

Unite spelling skills and digital media in your classroom today by using the below activities:

While most pupils won’t engage with the world of social media quite yet, it’s not too early to familiarise them with how some of the platforms operate. Twitter is one such website that can be engaging to discuss.

By undertaking an image search of ‘Twitter pupil template’, find a printout you like and distribute to pupils. Ask them to write out a ‘tweet’ by using as many words from the week’s spelling list as they can. Once they’re finished, have pupils stick up their tweets on a classroom wall to share. Make sure they’re posted in order of completion—this turns the wall into the classroom’s very own social media time line.

Want to set up some online spelling tests? Google Forms is quick and easy to create and share with your pupils. Pick the ‘Blank Quiz’ options from the provided templates and feel free to include a multitude of question styles, from short answer to multiple choice. 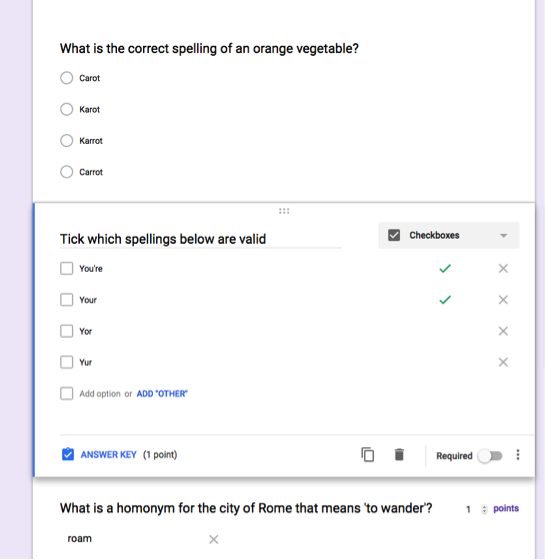 After every pupil has completed the test, Google Forms provides a statistics sheet. This can help you pinpoint which words pupils are struggling with. Not only is this set-up useful for this easy data, but it also helps familiarise pupils with using a keyboard without spell-check.

Pick a set of 26 emojis and match each one to a letter of the alphabet. Use this code to turn your weekly spelling list into a fun emoji code puzzle. Pupils can decode the words either individually or in pairs. Once finished, invite them to write other words in the emoji code and have fellow pupils figure them out.

Set up a timer with a fun theme on the interactive smartboard (our pick is the Emoji race timer!) and split the classroom into small groups according to their ability level. Give each group a set of cards with words to match this level. As soon as the timer starts, one pupil will read a word. The person to their left must spell it out. Once done correctly, that pupil reads a word for the person to their left. The game continues like this until the timer goes off. Pupils must work together and encourage each other to work through as many words as they can.

If you have some extra time, this tutorial teaches how to make a game of Jeopardy using PowerPoint, which makes for a fun and cooperative spelling game. Split the class into small groups to tackle questions of increasing difficulty. Five possible categories you can use for spelling are:

While setting this up might take a little more time than other activities, it can be used again and again for many lessons to come.

While digital media provides many fun opportunities for spelling lessons, traditional options can be just as engaging and provide pupils a break from their screens. Just this month, we’ve released a new product called The Spelling Box. Each box (one per year group from 1–6) contains 100 unique activity cards (two of each), based on nine key spelling skills and strategies. Every card is bright, colourful and designed to engage pupils in a way that is both fun and educational.

Want a FREE sample of our brand new ' The Spelling Box ' series?

Click here to register for a free evaluation pack.